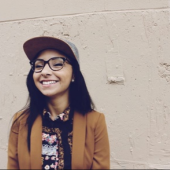 Yujia Hu is a young sushi chef and presumed sneaker head based in Milan. Hu is making a culinary name for himself thanks to the way he is recreating traditional sushi with a palatable twist. His sushi pieces have been inspired by streetwear, sneakers and pop icons. You have to wonder what that might taste like. You use a lot of streetwear influence in crafting your sushi. Tell us how the culture inspired you.

Growing up in an important center for fashion and design as Milan, I continued to be surrounded by an environment full of inputs that made me to pursue my interest for arts and graphics. So I started to experiment, applying components and techniques from my work. My passion for basketball led me to start creating onigiri portraits of NBA superstars. As I started to hone this new technique of representation, I then differed the subjects I was creating, including elements of lifestyle, connected to basketball and street style. Inevitably, influenced by the craze of this last years, I started to reproduce also some of the most iconic or trendiest sneakers, that social medias are full of.

If people had to stand in line at 6am for a pair of shoe-shis. Which ones would they be buying? Why are they a fan favorite?

If people had to stand in line at 6 am to try one of my shoeshis, independently on which pair they want to order, I would be first of all feel very honored! Although, I think the Yeezy’s would be the ones, simply because they’re the hypiest and trendiest sneakers people wish to buy at the moment.

Were you scolded for playing with your food as a kid?

No, I’ve never played with food when I was a kid… until now! To be honest, when I started crafting the rice balls (at the age of 28) my dad was a bit skeptical about why I was doing it. But in time, when I started receiving notoriety from different countries, he didn’t complain anymore. I think he’s proud of his son somehow.

Why was it important for you to exercise your creativity by way of sushi?

Assuming that making sushi is my job, this is basically the “only” way to express my creativity. The fact that I am receiving day by day appreciations from all over the world, makes me gratified and push me to overcome more and more. My intention is to create the wow effect every time I bring out a new piece. In a way, I feel like a sculptor, the only difference is that my creations are also edible.

‘Sesame Bae’ has to be my favorite. Do you ever get customers at Sakana Sushi requesting some of your masterpieces instead of their traditional roll?

I started having some request when my creations went viral online, especially from the tourists coming through. I don’t know why, but somehow it seems like people from other countries appreciate my creations more than people who lives in my own country. I had visitors from USA, Canada, Hawaii, France, Switzerland, Germany, Austria.. and I’m really happy to hear that they pass by just to try my artworks. I’ve always been independent since my childhood, I grew up with my grandfather in China, while my parents were working in Italy. Only at the age of 8, I moved to Milan to start a new life with my parents. Growing up in a traditional Chinese family, I’ve never been so independent to do what a normal child do at their age. I had to help my parents at work, and I didn’t finished my high school. I had to manage at the age of 18, a small take away sushi shop. I regret not finishing my studies because I had only one year left to graduate, and I did like the school of art I was attending to. So, that’s how I became a sushi chef, 10 years ago. Maybe that’s why I started combining my passion for arts and my sushi chef skills together to create what I am doing right now. I needed somehow to express what I have in mind, and this had to be my way.

Do you own all of the shoes you create out of sushi?

I would love to, but unfortunately no. But I can say that I have my own collection of shoeshis (haha)!

Do you end up eating everything you create?

Not every time, it happened sometime that I offer them to some of my costumers, of course without saying anything! I love to surprise them and watch their reactions!

How important is it for millennials to innovate new ways to do things? Particularly, changing a traditional industry like sushi?

The world is ever-changing, like everything around us.. architecture, design, fashion industry, therefore also a traditional industry like Japanese cuisine. In the traditional Japanese cuisine, they only use simple ingredients as rice, nori and fish. The Hossomaki and Nigiris are the principal shapes of sushi. By time, chefs from all over the world have introduced the Uramaki roll, which are the elaborated version of an Hossomaki roll. They became more creative, applying new combination of tastes and colors on their sushis. For example, Brazilian chefs has created rolls made by fruits. From California we have the sushi burritos, rice burgers and sushi donuts. The society nowadays needs ever greater. They need to march in step with progress. In my case, I don’t think I did change a traditional industry like sushi, I have just introduce a new point of view. 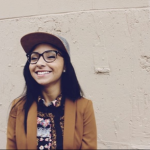 Lakecia Hammond is a freelance writer based in Atlanta, Georgia. Her subject matter has ranged from current events to high fashion. She has interviewed people like Olivier Pescheux and Dean and Dan Caten of DSquared2. Her ideal workspace includes loud music and a cup of coffee.

Lakecia Hammond is a freelance writer based in Atlanta, Georgia. Her subject matter has ranged from current events to high fashion. She has interviewed people like Olivier Pescheux and Dean and Dan Caten of DSquared2. Her ideal workspace includes loud music and a cup of coffee.