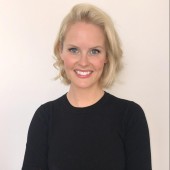 Scotty Sussman, AKA “Sussi”, is the accidental new face of the New York club kid scene. Pushing the boundaries of gender, style, and celebrity, Sussi is the wild child we all want to be friends with. Q: Sussi, thank you so much for speaking with us! You have become an Internet sensation off the back of your wild and wonderful social media accounts. Does the celebrity treatment continue offline?

A: It’s all about the full fantasy. If you believe it, you can be it, so why not go full throttle?

Q: You have been catapulted from relative obscurity into the fierce New York nightclub scene, performing with icons such as Amanda Lepore. Did you always feel destined for this life?

A: I may have been catapulted, but I got there myself. I knew what I wanted, and I went to go get it. That simple. The people that get the dream jobs are the ones who stand up and ask for them not the ones who feel like they deserve it. There were many 4am waiting-for-my-pay-check, dealingwith-drunk-people nights, and I balanced lots of headpieces to get here. So yes, I was destined for it because I was someone who actually wanted it! Look at me now Ma!

Q: Who do you admire as a performer, who inspires you?

A: I am inspired by my friends to be honest. They are the reason I keep putting on costumes. To see people justify themselves visually like drag queens do, they have so much power, more power than any movie star or pop star. As far as performers go I absolutely adore Sateen, Love Bailey and Aquaria.

Q: In the last decade, we have moved forward concepts of gender and identity from the basic constructs of ‘man’ and ‘woman’. You have mentioned before that you don’t want or need to identify with either in your performance world, saying: “If I am no gender, I’m every gender.” Why is this fluidity important to your art?

A: If we are going to really move on in 2017 and make the world better for ourselves, the first thing we can drop is fragile masculinity. So many men try to prove themselves as men but, to be honest, the most ballsy thing to do is put on a pair of heels and have fun! My last name is Sussman. I took away the “man” and made is Sussi, because Sussi is genderless and free from all doubts about what’s blue and what’s pink. When my child is born the balloons will be yellow.

Q: You starred in Vanity Fair alongside other NYC club kids for the Barney’s New York Our Town campaign. That’s major. Was it strange to emerge from the niche midnight world of nightclubs, out into the commercial world of high fashion?

A: I am very grateful for that experience. I’m still lost for words to express how honoured I am to be a part of such an iconic image, surrounded by such inspiring peers. It was a very surreal moment but it will stay with me forever. It didn’t feel weird doing a shoot of this magnitude because that’s what we all wanted in the first place; we are visual artists. We do what we do because we are only ‘allowed’ to do it in a nightclub but if we could do it as a day job, that’s the dream! I kept saying on set; “Finally! Day drag! I can see where I’m walking!” Lol. Being a paid creative in the daytime is a wonderful experience. I could feel my passion becoming my job. YES! Q: Sussi, your outfits arebeyond. Where do you get the inspiration for them, and who puts them together? Is this a solo effort?

A: Nightlife is a community. We all help each other in our own ways. My concepts and stories are all my creation, but there is always collaboration. Collaboration leaves room for growth. If I were just using my own brain, the stories would probably start going in circles. I want to tell a different story every single night.

Q: Unsurprisingly, you have drawn comparisons to the 1990’s club kids of New York, particularly Michael Alig (of whom the film Party Monster is based upon) – how does that make you feel? Do you see any similarities?

A: I’m not a murderer. I’m not a drug abuser. Yes, maybe we both love a party and a costume, but we don’t do the same thing. I’m doing my job. Murder is NOT something I aspire to. What Michael has participated in visually is generationally iconic but, as of the future, we can leave that behind. Choose your role models wisely baby because one day you will become it!

Q: To the outsider, the world of nightclubs seems exotic, underground, hidden. How did you become involved? Did you have a fairy godmother that gave you the inside access?

A: My friend Sebastian was the first one to take me to the parties I felt like I was supposed to be at. I felt at home right off the bat. It felt very normal to dress up because everyone was doing it. Miss Queen Sateen and Exquisite were the first people to put makeup on me. I’m grateful that these people are around me because they put up with me while I grew as an artist and as a person, and I am still growing, but I am a hell of a lot better at makeup! LOL

Q: Where does Scotty Sussman end, and Sussi begin?

A: It’s all the same now, at first it felt like transformation but now I have to live with my beast and I’m quite happy with it.

Q: Will there be another character after Sussi, another incarnation of your performing persona? Will it evolve?

A: I’m not sure yet. I can’t tell you when your next child will be born so how would I even possibly tell you when I don’t even know! When the time is right to conceive again, all will fall into place. When I have more stories to tell beyond Sussi, then I will start the blueprints. I do know that I don’t want my next project to be on me. I’m ready to start dressing other people, so I can sit back and look at the big picture without having to balance a hat on my head and keep my makeup from running off.

Q: What many people forget when watching the colourful performances of the club scene is that so much of ‘normal’ life is still performance… from the boardroom to the lunchroom even the most straight-laced of suburban folk must ‘act’ in a sense. What feels more real to you, the world of nightclubs, or the world outside?

A: The nightclub world is much more self actualized than the real world. Duh! In everyday life we dress for someone else, we work for someone else and we love someone else, but being in the club all you can do is make yourself beautiful (however you like) and go dancing! Fuck gender, fuck dress codes, fuck jobs, fuck trying to get in (I’ll come get you if you’re having trouble) let’s celebrate ourselves! 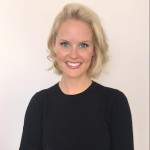