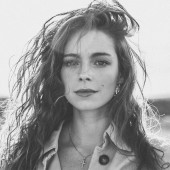 Lindsay Lohan is not the twins from The Parent Trap film nor Cady from the Mean Girls movie anymore. Slightly gone are the non-stop days spent on set filming in Hollywood. Lindsay is now a businesswoman with projects galore on the horizon and a powerful drive to make her dreams come true.

While acting is never far from her mind, we chat with her about her current life, future, inner feelings and going behind the lens to shoot her brother Cody “Dakota” Lohan for the latest issue of ODDA Magazine. Cody Lohan shot by his sister Lindsay for ODDA Magazine.

Fame can be a double-edged sword. What does it mean to you now, from an adult perspective?

I think it is always important to stay grounded, to take time for yourself and always have an intention for what you want to portray in the public eye through your work. But, also, to have a balance, a spiritual hideaway… be it meditation, yoga, sports (for me, I like surfing and meditation). Also, to always keep yourself humbled by family and helping others. Giving back.

Was it easy to grow as a person while being in the spotlight?

Of course! But that always depends on yourself, which I learned over time. People, places and things.

Imagine you are given a superpower, what would you choose?

Teleportation, or an invisibility cloak (a la Harry Potter).

Would you have changed anything from the past if you have had the opportunity?

I would have moved back to NYC when paparazzi became so obsessive in LA, like my mom told me to do. But I was young and stubborn… (laughs).

Actors and actresses, just as celebrities in general, are exposed to the public opinion/eye and may end up being tagged under any kind of stereotype. Are you somehow afraid of this happening to you when it comes to, for example, your Mean Girls character Cady Heron?

No, I have done many films and people relate me to The Parent Trap a lot… It’s an honor, not a stereotype. I hated the “party girl” image. But that passed, it’s all phases of time and trends people categories you get marked under, it’s really just growing up and the press placing you as what they know will sell. You live and you learn of how to change the perception, also, you just get bored of the constant “scene”.

According to Lindsay, do things happen by chance or are we masters of our actions?

I believe, personally, it’s a bit of both.

What do you think of children who try to follow your steps in the industry from a very early age? Any advice? Another photo from the ODDA Magazine fashion shoot featuring Cody Lohan and shot by Lindsay (who also makes an appearance).

Your creativity and talent have no boundaries and, at ODDA, we have been front-row spectators. Apart from feeling at ease in front of the lens as we could see in ODDA 12, it was your turn to take over the camera and shoot an editorial with your brother Dakota (Cody) Lohan in New York. Has your lifelong, artistic background helped you in any sense?

In every sense. I have learned by experiencing in front and behind the lens from the best photographers, makeup/hair artists, stylists, directors, DOP’s (lighting) and, also, how valuable time is for everyone involved. I feel very blessed with this. Dakota also has this from me and from my mother allowing him to see me work and teaching him the values on and off set.

Any strong reference or inspiration to highlight? Does Cody have a gift for modeling? Why New York as preferred location?

Dakota is very talented in modeling, and in skating, surfing, and he is a fantastic actor — he is signed to UNTITLED ENT. He is just natural and is such a joy to work with. The thing about Dakota is he understands patience, he is respectful of people, shows gratitude and has an immense about of focus and spontaneity. You see a lot of models throw clothing on the floor at shoots and do not really appreciate what they are putting on…

He really has a genuine care for what he is about to put in front of the lens which reminds me of myself when it comes to fashion. He becomes the character of the person that would wear the clothes, that is a natural gift which cannot be taught.

Name a quote that helps us describe yourself.

It is yet to be written.

Do you believe in karma?

Besides acting and photography, fashion seems to be a very important asset for you. Now playing a fashion designer role, what do you expect from your very own brand? Any aspirations?

Starting with lipstick. One thing at a time!

Rumors galore based on your Instagram post link your fashion line with the Muslim religion. We prefer to ask the source directly; does your brand aim to pave the way to a more open-minded world?

Some things are sacred. One being my personal religious and spiritual beliefs.

How would you describe your Lohan Nightclub in Athens? Was it a gratitude gesture from you to Greece for welcoming refugees in the country?

It is a place of love, light, laughter and NO JUDGEMENT. You can dance and have fun and let go of all your worries! We all deserve to let go in safe place once in a while. That is what my goal is with Lohan.

The world as a whole is currently undergoing a tough time with economic, political and social problems as main actors. Help, in any single way, becomes a must and is greatly needed. Do you think your popularity can help raise awareness on any problem that needs being tackled urgently?

I do believe that I can use my voice to help raise awareness. I love helping those in need and sharing the love that I have to show them that there is a light in the future. I think more people in this industry so go to the places the United States portrays as “dangerous” to see for themselves that these container camps, which are saving peoples lives, are not in fact so dangerous but beautiful camps giving people a chance at a future.

Popular faces such as Leonardo DiCaprio or Angelina Jolie are actively fighting for natural or social causes. What do you do in this sense?

I spend a lot of time working with underprivileged and abused children. We all need to give back.

Do you think that humanitarian aid could lead to global equity sometime? Is this a utopia?

I can’t answer that, but I sure can try to reach that goal.

What is your personal opinion on politics? Do you think people could do it better if given the power?

Isn’t this a fashion magazine? (laughs)

Are you fulfilling all you dreams in life? Which ones are still pending?

To be a director. My own charity and children’s schools. And, to win an Oscar. 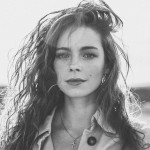