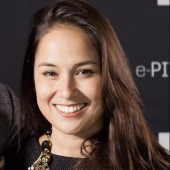 MILAN— “People called last year’s Green Carpet awards the Oscars of sustainable fashion… I hope that soon we will just be the Oscars of fashion,” Livia Firth, the founder of Eco Age told journalists in a press event prior to the second edition of The Green Carpet Fashion Awards.

The event, which was staged at Milan’s La Scala opera house, brought Hollywood to the Milan fashion scene. Hollywood A-listers like Juliane Moore, Cate Blanchet and Armie Hammer mingled with designers like Donatella Versace and fashion pillars like Ferruccio Ferragamo in the gilded, crimson theatre, whose facade was draped with a tapestry made of recycled bottles. “We are running out of time. If everyone does something to contribute, things will improve dramatically and very quickly. This is what I am trying to do with my team. We started a process of transformation which will take years to be completed, but this is the right way forward and the only way forward,” said Donatella Versace after receiving “Recognition of Sustainability” award given to her by Cindy Crawford.

Since the Green Carpet Fashion Award’s inception last September, Carlo Capasa, the president of Italy’s Camera Nazionale della Moda Italiana and Firth, have been crucial in convincing the Italian fashion sector, the largest and most important maker of luxury goods, to use non-toxic materials, produce zero waste, value its employees and do away with fur.  Many designers like Gucci and Versace have pledged to do away with the use of fur.  Others have been outfitting their stores with recycled materials and their facilities with solar panels, while textile makers like Bonotto have been making textiles made of plastic bottles more mainstream.

“It really feels like something is changing in the city… I love Italy because this is the only country in which human hands are working to produce beautiful clothes,” said legendary journalist Suzy Menkes, who received The Visionary Award at the Green Carpet Awards

Reflecting on his own efforts, Capasa said that the next step for the fashion industry is improving the production process, creating a round circular economy to ensure 100 percent traceability. “Throughout the industry, there have been many changes. Look at Prada, which has been working on respecting the human beings that are working in its facilities.  We are working so much on social sustainability, on eradicating the use of toxic materials,” Capasa said in an interview prior to the event.

Capasa added that the Italian fashion industry has already been working hard to require suppliers to hire workers legally and ensure equal pay.  The number of irregular workers in Italy has dropped 60 percent, he added.

“I think that 3-4 years ago we were very far from where we are now I guess in 2-3 years we will go much further because something started, when something start you can not stop it,” Capasa. 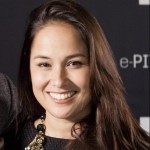 Sofia Celeste is a fashion journalist, consultant and the Editor-in-Chief of e-Pitti's tech and fashion magazine Fairplay.

When she is not hunting down the latest in tech and fashion, Sofia Celeste is scouting artisan talent for her online magazine www.bacoluxury.com. Born in the US and raised on the Pacific island of Guam, she went on to write for Dow Jones Newswires and the Wall Street Journal. Her work is regularly published in top fashion publications NOWFASHION and WWD.

Sofia Celeste is a fashion journalist, consultant and the Editor-in-Chief of e-Pitti's tech and fashion magazine Fairplay. When she is not hunting down the latest in tech and fashion, Sofia Celeste is scouting artisan talent for her online magazine www.bacoluxury.com. Born in the US and raised on the Pacific island of Guam, she went on to write for Dow Jones Newswires and the Wall Street Journal. Her work is regularly published in top fashion publications NOWFASHION and WWD.