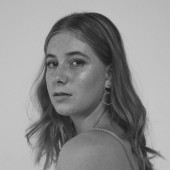 Erika Lust understands the hunger, lust and desire of the human spirit. The intensities and passion of love and lust are transcribed in her cinematic display of erotica in her adult films. Lust has sparked a feminist wave of pornography to showcase human desire and sexuality away from the mainstream. As a director of indie adult cinema, Lust has created a healthy alternative to mainstream pornography and broken molds in the most thrilling of ways.

Do you remember the first pornography film you ever watched?
Not really. I just remember it was a pajama party and I was with friends. I also remember being utterly disappointed.

What are the ethics which guide your film making process?
I follow an ethical production process both in terms of what we produce and how we produce it. I am responsible for the messages I send out with my films, so I will never do any kind of coercion, pedofilia stimulation… Even if we know porn is a fantasy, I do not want to put those messages out there. Sex and fantasies are so big and diverse to be doing those stories systematically as the industry does.
In terms of production, an ethical production process ensures the creation of a safe environment for performers where there is no sexual coercion. Once they are comfortable, it is down to the performers to have fun and create the sexy atmosphere. When you cast performers who’ve a palpable chemistry, you can feel their mutual desire and it makes everything much hotter! In my films, consent is paramount. It has been given for every part of the film from all parties involved. This means consent regarding the sexual acts being performed, but also the rate of pay they are receiving. Personal limits and boundaries are respected and the performer can stop shooting at any moment if they feel uncomfortable. Our shootings are a safe sex environment, with every performer providing up to date STD checks – and performers choose whether they wish to use a condom. Every part of the shoot is discussed and agreed beforehand with all performers. Every shoot includes multiple breaks, food and a welcoming, relaxed atmosphere which seems logic, but it is really not the case in most sets.
To that end, I have a mostly female crew. My office is mostly female and the heads of each department on the production team are women, including the directors of photography and art. The film crew demographics vary slightly but it is usually 80% women, with women working as camera people, editors, producers and runners.
Having creative women in the porn industry means the introduction of a healthier and safer environment.

“WE ARE SEEN AS MOTHERS OR WHORES. JUST TWO CATEGORIES. NOT AS COMPLEX HUMANS WITH OUR OWN SEXUALITY” – ERIKA LUST

Mainstream pornography is too often from a male perspective, with high importance on male pleasure. Why do you think it has taken so long for pornography to shift away from the male gaze?
I think it has to do with the general though that women are not sexual beings. We are seen as mothers or whores. Just two categories. Not as complex humans with our own sexuality.
There has always been a general belief that we are not aroused by representation of sex or sex on screen just as much as men. Thus, the production is done from men “for men”.
I’d say we are equally aroused by pornography and erotica, but definitely not by the one offered to us that is misogynistic and neglecting our pleasure. Female-led adult films are gaining exposure but the biggest productions made still follow those patterns.

What is your favorite part of creating a film? Script, set design, casting…
Everything. Our pre-production process and our casting process are long and thorough. We really get to know the performers long before we start filming and I really enjoy that part. I also like location scouting with my team because I get to imagine everything beforehand.

Love or lust?
Both!

Is it expensive to make films for Lust Films?
Yes, each short film of about 20 minutes costs the company around 17,000 euros right now.

Who do you look up to in the film industry more broadly? Who inspires you cinematically?
Jill Soloway has been, and continues to be, a huge inspiration for me as a filmmaker. The writer, director and producer has been a proponent of the “female gaze” in filmmaking for a long time and is always striving to represent more sexualities and genders in their work. The series I Love Dick and Transparent are powerful, diverse and push boundaries not often seen in television. Transparent is one of the most important series in accurately and beautifully representing transgender with depth and emotion. 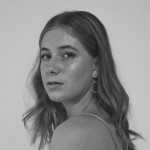 Caitlin is a dynamic Australian writer based in Melbourne. Whilst completing her Bachelor of Arts at Monash University, Caitlin has developed her skills in both journalism and sartorial writing. Experience at Virgin Melbourne Fashion Festival and Whitehouse Institute of Design have promoted her focus on communication in arts and fashion media, and has led to published work in global magazine, ODDA.

Caitlin is a dynamic Australian writer based in Melbourne. Whilst completing her Bachelor of Arts at Monash University, Caitlin has developed her skills in both journalism and sartorial writing. Experience at Virgin Melbourne Fashion Festival and Whitehouse Institute of Design have promoted her focus on communication in arts and fashion media, and has led to published work in global magazine, ODDA.